Why Gluten-Free is Imperative for Thyroid Sufferers

Hypothyroidism is one of the most common thyroid disorders. The American Thyroid Association estimates 20 million Americans have some form of thyroid disease and women are 5 to 8 times more likely than men to develop thyroid problems. Hypothyroidism is characterized as a deficiency of thyroid hormone. And since nearly every cell in our body has receptors for the thyroid and requires sufficient thyroid to function properly, there is a myriad of symptoms associated with Hypothyroidism.

Thyroid hormones play a role in the most basic aspects of body function. They directly impact the brain, metabolism, the cardiovascular system, gall bladder and liver function, and body temperature regulation.

There are different reasons a thyroid gland will stop producing the desired level of thyroid hormones (hypothyroidism). It is now believed that approximately 90% (possibly up to 97%) of hypothyroidism cases are caused by an autoimmune response. This means the body has mistakenly identified the thyroid as “foreign” and starts attacking it. Hashimoto’s and Graves’ (also thyroid diseases) are autoimmune diseases. At the heart of autoimmune diseases is inflammation, which leads to thyroid tissue destruction and continued autoimmune responses from the body.

So, what does all of this have to do with gluten?

The protein portion of gluten, called gliadin, is problematic. No human can digest the gluten proteins found in barley, wheat, rye, and triticale. “Our human digestive system is perfectly able to digest every protein we eat except gluten. Gluten is a ‘weird’ protein and we don’t have the enzymes to dismantle it completely, leaving undigested peptides that can be harmful. The immune system may perceive them as the enemy and mount an immune response,” states Alessio Fasano, MD, Professor at the University of Maryland School of Medicine and Director of the Center for Celiac Research. In other words, gluten proteins survive the harsh environment of the stomach and make their way into the intestine where they permeate the intestinal walls into the blood stream. In fact, Celiac Disease is the autoimmune destruction of the villi in the gut. (Villi is the finger-like projections of tissue in the small intestine which increase the surface area and help with nutrient absorption into the bloodstream.)

Once in the bloodstream, the gliadin protein is flagged for destruction by the immune system. Unfortunately, gliadin has a molecular structure similar to that of thyroid tissue. Which means the antibodies to gliadin also cause the immune system to attack the thyroid. This is called molecular mimicry. Immune responses to gliadin can last up to 6 months each time you eat gluten, even a little bit. If you have a thyroid problem and you are sensitive to gluten, each time you eat foods containing gluten you are initiating an autoimmune response that goes after your thyroid. Even if you don’t currently have a known sensitivity to gluten, gluten makes you vulnerable to developing autoimmune diseases. A person suffering from one autoimmune disease is more prone to develop additional autoimmune diseases. It is estimated that 4 – 6% of people with Hashimoto’s thyroiditis also suffer from celiac disease. This number is much higher when you consider hypothyroidism and non-celiac gluten sensitivities. The autoimmune inflammation wreaks havoc in the body.

So how do you determine if you are sensitive to gluten?

There are blood tests available for gluten and other food sensitivities, such as ALCAT, and other blood tests for antibodies to gluten and it’s many proteins. Many experts recommend the elimination diet as a reliable test for gluten intolerance. This involves completely removing gluten from your diet for a period of at least 30 days and up to 3 months. If your symptoms improve during the elimination time and return after reintroducing gluten into your diet, you are gluten intolerant and should avoid gluten indefinitely.

Understanding how gluten acts in the body, we can see how dangerous this protein can be for the human body. An argument can be made that everyone would benefit from a gluten-free diet. Gluten is a destructive protein that cannot be fully digested by humans and there are no nutrients found in gluten-containing food that you cannot get from non-gluten foods. If you are suffering from an autoimmune disease such as hypothyroidism, it is imperative to your health to lead a gluten-free lifestyle.

About the Author: Randi Mann 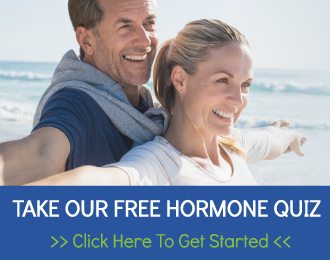