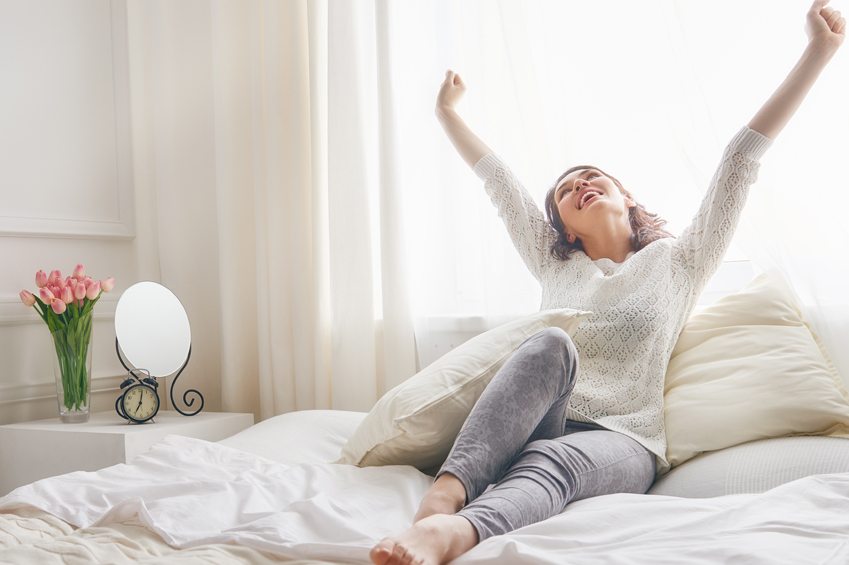 Your Circadian Biological Clock and Your Hormones

Ah! Summer in Wisconsin. We wait all year to languish in the long days of sunlight, squeezing in as much as we can until the last ray has disappeared into the night. The kids are out of school, schedules have adjusted and sleeping patterns are usually adjusted, as well. Most of us have an understanding of the importance of sleep and how sleep deprivation can impact our health, so let’s take a deeper look at the importance of sleep, the effect of extended daylight on an individual’s circadian rhythm, just what is a circadian biological clock, and how do hormones play a factor in all of this.

Let’s start with a few explanations. Circadian rhythm is your bodies biological clock, timing periods of wakefulness and sleepiness throughout the 24-hour day. This clock was set hundreds of years ago in concurrence with the earth’s daily rotation. The patterns of daylight, darkness, temperature, and predatory activity affected almost every organism on Earth, including humans. Our circadian rhythm is controlled by a grouping of cells within the hypothalamus of the brain called the suprachiasmatic nucleus (SCN). The SCN is connected to the optic nerve and is stimulated by changes in light. (People who are completely blind can develop a sleep disorder called Non-24 because of their inability to perceive light.) The SCN also controls many other functions of the body that revolve around the 24-hour day, such as core body temperature, heart rate and blood pressure, metabolism, and the release of certain hormones.

Melatonin is one of these hormones influenced by our circadian rhythm. It is made in the brain when tryptophan is converted first to serotonin and then to melatonin. This process takes approximately 15 minutes and it is essential to optimal health. Tryptophan, or L-trypophan, is an essential amino acid found in many of the foods we eat, like turkey, salmon, eggs, and nuts. The body does not manufacture tryptophan; we must get this from our food supply or supplements. Serotonin is a calming chemical that works by transmitting signals between nerve cells, altering brain function and preparing for sleep. It is also considered to be a “feel-good” neurotransmitter contributing to a person’s feeling of well-being and happiness. Serotonin is then converted to melatonin and production increases during the night to peak in the early hours of the morning. Melatonin production will drop off after waking as the cortisol hormone takes over and wakes us up in preparation for our day.

Melatonin’s primary role in the body is to regulate the sleep/wake cycle, which many other bodily functions rely on to do their job properly. As mentioned, one of those functions is our metabolism. Sleep deprivation is one of the leading causes of weight gain. Melatonin has other roles. It has been found to have antioxidant properties and play a significant role in stimulating the immune system to protect against abnormal tissue growth in hormone-dependent areas such as the breasts and prostate. Melatonin also helps to keep the cortisol production pattern in check.

Cortisol is a hormone produced by the adrenal glands and it is responsible for our fight or flight response. It also helps to control blood sugar and regulate metabolism, amongst other functions. When the cortisol pattern is disrupted, it can lead to high nighttime cortisol (when it should typically be at its lowest levels) and in turn disrupt melatonin production. This sets off a chain of consequences affecting the entire body. So, sleep is critical; GOOD SLEEP is critical. Maintaining a balanced sleep/wake cycle and circadian rhythm is critical.

Disruptions to the circadian rhythm

There are many things that can cause disruption to the circadian rhythm. Some of them are obvious: stress, shift work, a newborn, jet lag, or living in Alaska. There are also circadian rhythm sleep disorders, such as Non-24, Delayed Sleep Phase Syndrome, Advanced Sleep Phase Syndrome and Irregular Sleep-Wake Rhythm. There are also other hormones in your body that affect your sleep cycles. If you are deficient in estrogen and progesterone, you won’t sleep well – along with a whole list of other unpleasant side-effects.

This is just one of many facets in “the symphony of hormones.” It truly is a delicate balance and each hormone must be in-sync with the rest or we simply don’t feel good and we can’t achieve optimal health.

To learn more about the symphony of hormones, please join us for an upcoming seminar: End Hormone Havoc.